October to June - Closed for the Season.

A suggested donation of $2/person or $10/family. 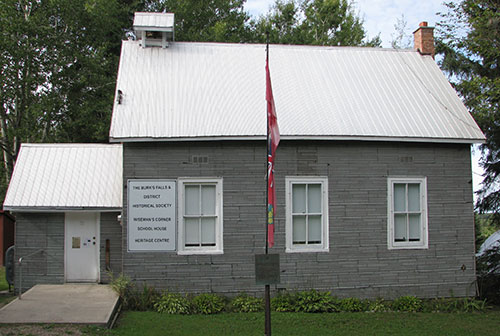 Visit The Wiseman’s Corner Schoolhouse, and discover how the pioneers who first settled in the area went to school in 1892. For over 45 years, this schoolhouse served the children of the area.

The first log schoolhouse was built one and a quarter miles northwest of the present schoolhouse on Lot 9, Concession 11. This school served the section for roughly 10 years.

Around 1892, the ratepayers in the south end of the section became dissatisfied because most of the children going to school lived on Concession 8 and had to walk a mile and quarter bush trail. Roughly half the distant was swamp, and for weeks every year, the road was impassable due to high water. An agitation was started to have the section divided and #4 moved a mile and a quarter south.

The land of the current schoolhouse consists of a half acre and was purchased in 1892 for $1.63. This purchase included 63 feet of lumber. 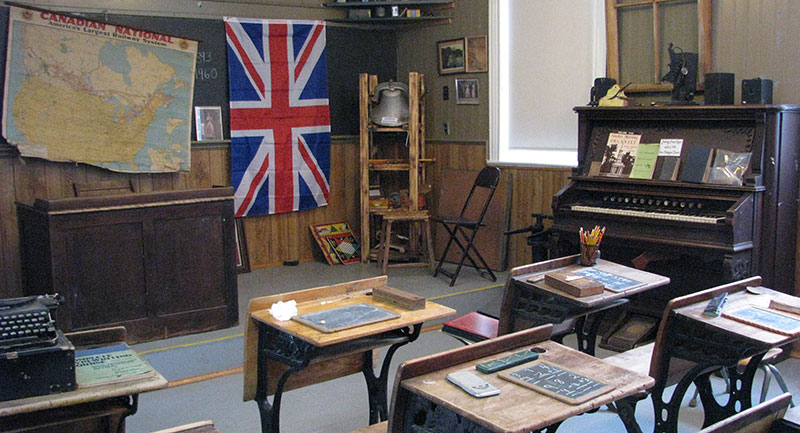 In 1893, the Wiseman’s Corner Schoolhouse was built by William Todd. The school serviced all of Ryerson Township for 45 years. It was officially closed by the Provincial government in 1960.

After the school closed, it became a polling station for the Ryerson Township. In 1997, it became the Burk’s Falls and District Museum, dedicated to pioneers who first settled in the area.

This one-room schoolhouse represents the true setting of a 19th Century classroom.

Discover, Learn and Educate yourself at The Wiseman’s Corner Schoolhouse.